Instead of landfill today, Hanoi, Ho Chi Minh City and other large urban areas in our country are encouraged to use waste incineration technology to treat domestic waste. This is the optimal technology of the world today, in line with the development orientation of the recirculating and recycling economy of the Government.

On the morning of May 29, in Bac Ninh, a groundbreaking ceremony for the construction of the first high-tech waste generator plant in the province took place with the total investment of nearly VND 1,400 billion. The plant is expected to operate after about 15 months of construction, receiving and handling 500 tons of waste / day with a total generating capacity of 11.7 MWh.

Using advanced technology according to European standards with input waste sorting line combined with circulating fluidized bed furnaces from leading Finnish suppliers, the project is expected to be handled by Bac Ninh People’s Committee. thoroughly waste problem in the province.

Previously, on December 8, 2018, Can Tho Electricity Generation Treatment Plant (Truong Tho Hamlet, Truong Xuan Commune, Thoi Lai District, Can Tho City) came into operation. This is the first project to burn waste to treat domestic waste in Vietnam, with a total investment of VND 1,050 billion, a 20-year operating period, 400 tons of daily-life waste and 150,000 kWh can be generated daily. electricity. 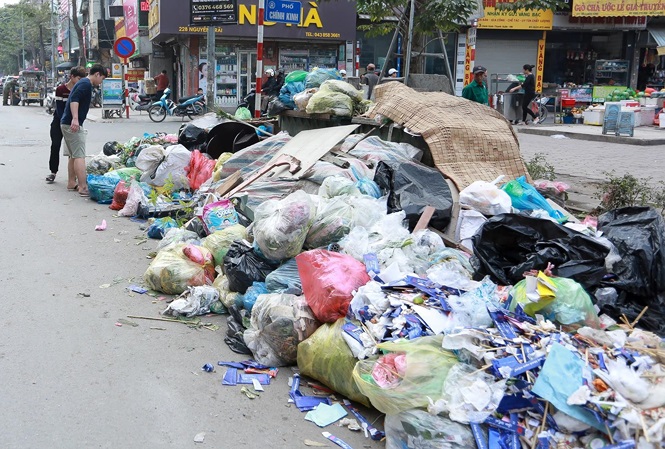 According to Mr. Hoang Van Thuc, Deputy Director General of the General Department of Environment, Ministry of Natural Resources and Environment, waste incineration is currently the world’s optimum technology in the treatment of daily-life solid waste. This technology both reduces environmental pollution and helps recover energy, has been widely used in European countries, Japan for many years.

Mr. Thuc added, the world is transforming itself into a circulating economy. Vietnam is also moving in that trend. Waste generated from one stage will be used as input material for another. That cycle helps reduce emissions, reduce pollution, reduce the cost of creating new raw materials, reduce energy and raw material consumption, minimize waste treatment costs. Burning waste for electricity generation is also in the cycle of the circulating economy. Waste is considered a resource and will recirculate, recover energy from the process.

According to experts, the world has 2 lines of waste incineration technology, including generation of waste from high calorific waste (waste classified carefully) and waste generation from low calorific source (preliminary classification ). In Japan, Korea, and European countries, the separation of waste at the source is very good, so it uses the technology of burning waste generated from high calorific waste source, giving more energy to recover. In Vietnam, it is possible to apply the technology of incineration of electricity generated from general waste sources (newly removed porcelain, glass, metal). This technology gives lower energy recovery, higher ash ash ratio, but is suitable for current conditions of Vietnam. Two factories in Bac Ninh and Can Tho are applying this technology.

Handling domestic waste has been a problem for many years. According to the statistics of the Ministry of Natural Resources and Environment, the average annual amount of solid waste in our country is 25 million tons. Of which, 30% is incinerated or produced organic fertilizer, 70% is directly buried.

The capital of Hanoi generates 6,000 tons a day, the burial rate reaches 90%. In HCMC, the landfill rate is also up to 69%. The high burial rate causes many pressing social problems as well as increasing the risk of secondary pollution, which the case in the Nam Son Waste Treatment Complex in the past is an example. Therefore, in the decision to approve adjusting the national strategy on integrated management of daily-life solid waste to 2025, vision to 2050, the Government has set a goal that by 2025, the burial rate will be reduced to 30. %. To achieve this goal, the Ministry of Natural Resources and Environment encourages eligible localities to switch to burning electricity for waste generation. 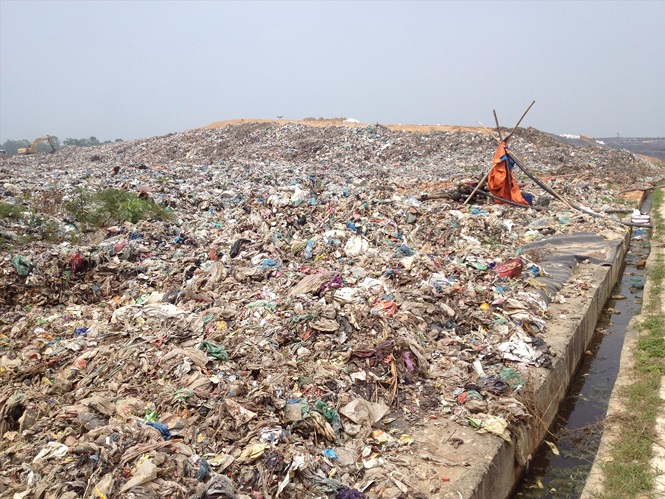 Domestic waste of Hanoi is buried in Xuan Son landfill

According to Mr. Hoang Van Thuc, in recent years, some localities have oriented to change technology from burial to burning waste such as Bac Ninh, Can Tho and Hai Duong. Hanoi also plans to incinerate electricity generated at the Nam Son Waste Treatment Complex with a capacity of 4,000 tons / day and night. Ho Chi Minh City is building 3-4 projects. “Particularly in the two major cities, we propose a quick and strong conversion to the generation of waste incineration for electricity generation. By 2025, the basic conversion to energy recovery will be the main principle, reducing the landfill rate to 20%.” Informal.

Currently, the investment cost for a power plant to burn waste is quite large, the payback period is slow. So according to GS. Dang Kim Chi, in order to develop waste electricity, must attract investors into this field. Appropriate policies to encourage investment should be in place, such as incentives for electricity from waste generators that generate electricity when connected to the national grid, and have mechanisms to support loans from investment funds for protection. environment, support operating costs to ensure investors can recover capital in a certain time to maintain the sustainable operation of power generation incinerators.

Mr. Hoang Van Thuc said that to encourage investors and management agencies to adjust and amend many policies and mechanisms such as reassigning functions and tasks among ministries and sectors in solid waste management. activate, adjust regulations on fees and price of domestic waste treatment, prioritize buying electricity with the highest price. According to Thuc, the electricity purchase price combined with the money to support waste treatment of localities must ensure to help investors recover capital within 5-7 years. Since then, Vietnam has been able to realize garbage electricity, solving the problem of domestic waste treatment for many years.

Made with ♥ in Viet Nam • Powered by Mekong Web Services