On the morning of June 5, the General Department of Environment (MONRE) in cooperation with the People’s Committee of Ba Ria – Vung Tau province organized a workshop on “Raising awareness about environmental and health risks caused by open burning activities”. The workshop was one of the events that were held in response to the Action Month of Environment World Environment Day 2017.

According to a report by the Viet Nam Environment Administration (VEA), since 2002 Vietnam has ratified the Stockholm Convention and became the 14th member state of the Convention to protect human health and the environment against the risks posed by it. Deteriorated POPs. On 10 August 2006, the Prime Minister issued Decision No. 184/2006 / QD-TTG on ratification of the National Implementation Plan of the Stockholm Convention, in which “Scheme on Encouragement to use modern, state-of-the-art technologies, clean technology, environmentally friendly, and the best environmental protection practices available to minimize and eliminate emissions of POPs from industrial production, daily life, and waste treatment activities” and “Project on dissemination, education and raising awareness on harmful effects of POPs ” are the priorities under the Plan. 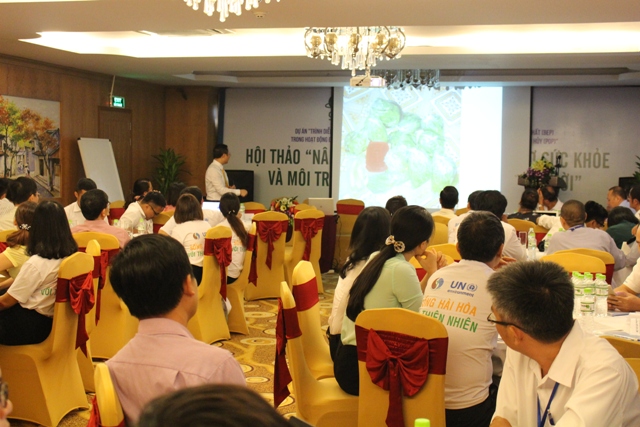 Participants in the workshop

In Vietnam, the open burning of agricultural residues, burning at outdoor garbage dumps, burning domestic waste in craft villages and rural areas, and forest fires are the causes of serious environmental problems, including the formation of Dioxins /Furans, new POPs, and other pollutants. According to UNEP data on updated national inventory results, Dioxins/Furans emission were averaging 22.6 g TEQ per year for 6 years (2007-2012) from open burning. Total Dioxins emission from industry in Vietnam were estimated at 564.4 g TEQ per year.

At the workshop, experts enthusiastically exchanged the most basic issues of the Stockholm Convention, POPs and the impact of POPs on the environment and health; risks arising from open burning to human health and the environment; Provide some BATs/BEPs solutions in open burning operations in Vietnam. In addition, the delegates also focused on exciting discussions to find solutions to reduce the typical open burning activities in agriculture (burning straw, burning leaves …) in living. 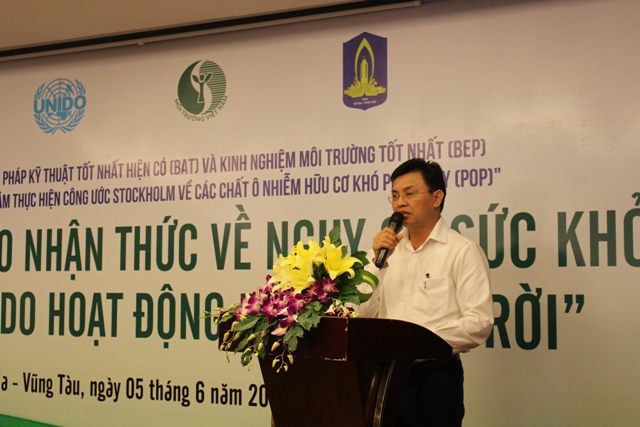 “Although Vietnam has gained many important achievements in environmental protection through the improvement of the efficiency of management and raising public awareness, we still face many challenges in terms of the risk of environmental pollution. In addition, in our country, issues related to open burning are only managed under the hazardous waste management framework, we have not got a specific regulation on open burning activities. Therefore, in order to contribute to the protection of the environment and the people’s health, all levels of local authorities, officials of associations and unions always play an important role in propagating and mobilizing all classes to reduce open burning activities that adversely affect the environment and health.”, Mr. Hoang Van Thuc, Deputy Director General of Vietnam Environment Administration, said.

Straw burned at the field

Workshop with more than 100 participants